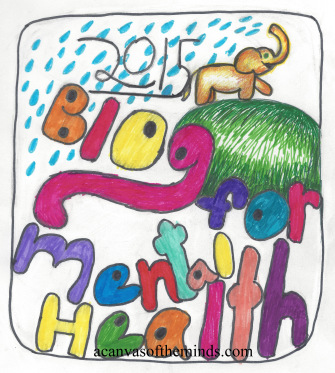 “I pledge my commitment to the Blog for Mental Health 2015 Project. I will blog about mental health topics not only for myself, but for others. By displaying this badge, I show my pride, dedication, and acceptance for mental health. I use this to promote mental health education in the struggle to erase stigma.”

This post is has been submitted to the Blog for mental health. The link to the blog is above, and I encourage you to check out this blog which is dedicated to raising awareness about mental health.

This is the second part of my posts on derealization / depersonalization disorder. Part 1 can be viewed here.

One thing that I have experienced is a major lack of disorganization of my thoughts.

The thoughts become disorganized, meaning that they do not flow in a logical order. There are pieces of thoughts here and there, that come and then go, and then come back again.

I try to begin with a train of thought and then quickly do not remember where I was going with it. A little later it comes back to me and I can continue on with it for a minute or two, before it is lost again.

Last night I wrote a post from the state of derealization and I will post it next. I had to pause completely in places, to figure out what I was thinking and in those cases I put a “dot dot dot”  … or …Uhg …or something like that and that is where I was stopping to get my brain back together.

The memory fails to function properly. Once in a while I get into a severe anxiety state, that goes into some level of derealization and then my memory just fails. I cannot even remember a simple direction given to me by a coworker.

I wonder why I am walking that direction down the hall. I make an educated guess as to what I may have been going in that direction for, but I completely have lost the fact that someone gave me a specific task to do.

The harder I try to keep on track, the more nervous I get over the fact that I am not remembering simple directions, the worse my ability to keep track of things gets.

As I mentioned most people that have episodes of the derealization state have trauma of some kind in their past or present. Sometimes situations occur that are too overwhelming and trigger post traumatic stress.

In the case that you are still living with some kind of mental or other abuse, the actual abuse can cause the derealization and / or the depersonalization mode to kick in. Actually, it is more like parts of the grounded brain function are shutting off, than it is like something is kicking in. 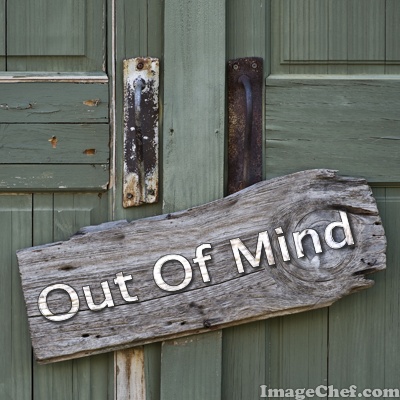 This can occur to perfectly intelligent and logical people. It is not a sign of lack of intelligence. In fact, the more intelligent, sensitive and creative a person is, the more severely their brain is sometimes affected by mental types of abuse.

The brain keeps attempting to put the abuse into some category of ration and logic. Since it cannot do that, the brain becomes more and more traumatized , as it tried to organize the information surrounding the abuse.

Derealization and depersonalization often goes with another disorder such as bipolar disorder, PTSD, dissociative disorder or a severe anxiety disorder.

Later this afternoon, I will post the writing from the night I was still in the derealization state. I had begun to come out of it enough to be able to write. I talk about what it had been like for me earlier that day.

The worst part of the day had been in the early afternoon. The post was written late that night, while I was still struggling with the symptoms, but I was better than the time of the day that I describe in the post.

Hopefully this will shed some light on this less understood disorder and be of help to people who feel very alone about having this disorder.

I think that most people that experience this, keep it to themselves, for fear of sounding crazy or not being understood. This is also true for me and this is really the first time I have decided to be truthful and transparent about these experiences.

Searching for meaning, beauty and inspiration, amid the darkness and pain of this existence. Hoping to guide others to find what is true for them, and to draw out the inner light in others. View all posts by gentlekindness