I thought this was a funny thing and I guess it is good for kids to have parents with a sense of humor. First a short background tale…

When my older daughter (who is now 18) was very small, maybe 2 years old, her father and I learned our lesson about leaving pizza unattended with her around.

One night we ordered pizza from Dominoes and left it in the living room, where we were going to watch a movie, to go and get paper plates and drinks. We had only been out of the room for a few minutes.

When we returned all of the pepperoni, and all of the cheese was gone from the top of that pizza. Even some of the sauce had been licked off of the slices.

So, there we were left  with a big circle of dough for dinner.

We have recounted that story many times over the years and after that only one of us went to get drinks and the other guarded the pizza. LOL

Tonight I was making dinner . I guess I was multi-tasking of sorts because my daughter (the one in discussion) was in and out chatting with me and showing me the new outfit she had bought with her paycheck. She was very proud of it. It  is really cute and perfect for work, since she really did not have any professional looking clothes for working in a clothing store.

Also in and out, I was chatting on email with a friend and checking my other emails. I guess I was not paying attention to everything that was going on around me.

I had made the pizza and it was cooling. Since I have limited electrical cooking facilities, I have to cook one thing at a time. I was making the side dish, while the pizza sat on the table.

I stopped to get something from the table, and there was the pizza……cheese and pepperoni all gone off of several pieces. I stood there and laughed remembering when she was little. Also I had to laugh at myself a little because I was in the room the entire time and had not noticed her eating all the toppings and cheese off of the pizza.

Good thing for kids when their parents have a sense of humor. Even her sister laughed and I made her a BLT insead. Kids will be kids even at 18.

My 18 year old daughter relayed this funny story to me today. She was spending time with her little 7 year old cousin. This is my niece, who is a very cute little girl.

My daughter recently was hired at her first job. She will be starting this coming week and of course is very excited. She was telling my little niece that when she got paid, she would be able to buy her a little gift, with her first paycheck.

My daughter was being silly with her and said  “I can get you something you will like, but not a ferris wheel or a pony.”

The little one looked at her and said, “I do not want a ferris wheel and ponies are not even real ! “

My daughter was kind of stunned and said to her  “You don’t think ponies are real?”

The little one said, “NO silly! You know that unicorns and ponies are not real ! “

At this point in telling me the story, my daughter was laughing so hard she could hardly continue.

Apparently my daughter’s uncle was there are decided to chime in. He asked them,  “Are mermaids real?”

The little boy said, “Yes we saw a zebra at the zoo last year.”

To which his father, who has a goofy sort of sense of humor, said  “No. That was not a Zebra. It was a Zoobra. “

All of the kinds just stared at him and were not sure what to think.

Once my daughter stopped  laughing, then she went through all the animals with them. The fairy tale ones and the real ones. I guess they all had different opinions about which animals were real and which ones weren’t real.

It must be a funny land inside of a child’s mind.

When my kids were little they used to worry if they spilled something.  So, I used to “accidentally” spill something on myself, in front of them, and say “Look Mama is a mess!”

“But Mama is a happy mess because I am happy to have you!”

This was my way of seperating their idea of happiness from making a mistake. I wanted them to know that they could be happy in general,  even if things went wrong in the moment.

They thought this was very funny. Anytime I spilled something,  either by accident or on purpose,  they would laugh happily and say, “Look! Mama is a happy mess!  She is happy because she has me!”

I remember once being at the grocery store, in the check out aisle, and I dropped something.

My daughter quickly looked up at the cashier and said, ” That’s my Mama! She is a Happy Mess!”

The cashier looked a bit puzzled and my daughter was smiling.

Then my daughter said to the cashier, “I drop and spill things too. And then I am a Happy Mess, just like Mama.” 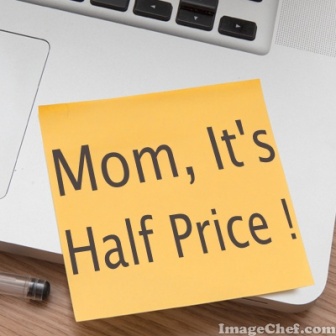 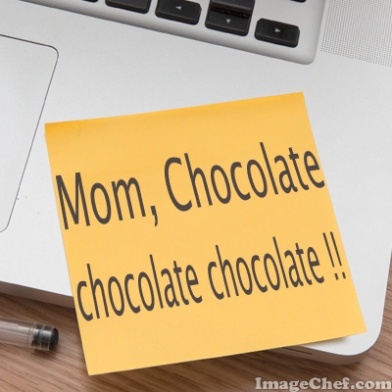