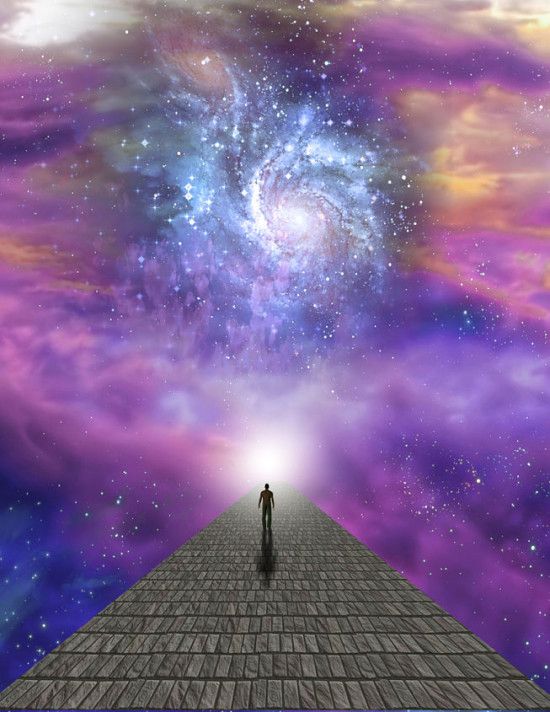 A great percentage of your life is spent sleeping. This feels like a waste of precious time to some people. To others it is a escape  from an otherwise unbearable existence.

We try to find ways to avoid sleep, in order to get things done that we deem more important. Or we self medicate ourselves by sleeping, and think of it as an escape from being in reality. But sleep is a reality all its own, that it intertwined with our waking reality.

The sleep states are a natural part of our existence. There are different stages of sleep that each serve important functions.

The subconscious awakens and exists in a different way during sleep, than it does when you are awake. The processes that the subconscious parts of the brain need to do, are an important part of your maintaining your emotional, mental, and spiritual balance.

Sleep can be affected by various things. If you are unable to sleep straight through for 8 or 9 hours, then it is critical to your mental health that you make up the missing sleep hours at another time of the day.

This is not laziness. You are not being unproductive when you are sleeping. Lack of proper sleep will cause decreased productivity and poor efficiency. You will have memory problems, especially related to spatial and time memory.

Your core beliefs, your memories, your perceptions of reality, and your emotions are all functions of your subconscious brain.

Sleep is critical to make sure all these realities, and the different parts of your brain are working both together…and independently… in a way that best supports you.

Spirituality… higher consciousness …and your perceptions about the nature of your reality…are all intertwined with what happens in the brain while you sleep.

Your mental and emotional health are dependent upon your getting proper sleep.  This is also true about  your immune system and your physical health.

Your spiritual health has to do with believing in, and perceiving something beyond the reality of the five senses.

Spirituality gives you a greater perspective about your existence.

Being able to perceive your higher consciousness… and spiritual realities… is also intertwined with your brain being able to experience the sleep states. Your spiritual health is dependent upon letting your conscious brain  rest, so the other senses can awaken.

You are not wasting time by sleeping. You are allowing an important part of your reality to exist. You are increasing your brain’s ability to function well during your waking hours.

We are more than drones or robots. We need more to our existence than just survival. …something more to living than just paying the bills.

Treat your body’s need to sleep with thoughtfulness.  The sleep states are the interconnecting path between realities and levels of consciousness.

Sleep Apnea affects 4 % of Americans. About 1 out of 4 middle aged men in America suffer from Sleep Apnea.  Studies suggest that memory impairments can occur from disrupted sleep.

In Sleep Apnea, the sleep cycles are disrupted by periods of difficult breathing. In a new study by  Dr. Andrew Varga,  at the NYU Langone Medical Center in New York City, subjects had impairments in their spatial memory from disrupted REM sleep cycles.

After a night of improper REM sleep, the subjects had difficulty remembering the placement of items and what they did with things the day before.

A person with disrupted REM sleep may forget where they placed the car keys the day before and have trouble remembering where they parked their car. Another consequence of  incomplete REM cycles is inability to focus and pay attention.

There are 2 different types of Sleep Apnea. They are Obstructive Sleep Apnea and Central Sleep Apnea. The causes for the 2 types are different but both of them cause difficulty breathing during sleep and periods of waking up in the middle of  sleep cycles.

Obstructive Sleep Apnea has to do with the airway becoming obstructed.  The muscles in the throat becoming too relaxed and causing a narrowing of the airway. The brain will become aware of low oxygen levels and force you awake to reposition yourself.

Usually people do not remember these brief periods of waking. Every time someone wakes up for a few seconds, it disrupts the sleep stage they are in.

The brain and the rest of the body are not able to finish what they are supposed to do, during that cycle. There are certain repairs and regeneration of tissue that naturally occur during REM sleep.

The 2nd type is less common. Central Sleep Apnea is caused by a problem in the brain.  The brain is supposed to send signals to the lungs to breath.

The brain of  person with Central Sleep Apnea, fails to continuously send the signals properly. The lungs will simply stop doing their job.  The body and the brain will fail to get the necessary level of oxygen, which will cause the person to wake up.

Again, with this type of Sleep Apnea, the person will awaken just long enough to be able to breath properly again. Someone with Central Sleep Apnea may wake up with  shortness of breath.

Men are twice s likely to get sleep apnea. It is most common in men 60 or more. Being overweight contributes to your risk as well as having a family history of Sleep Apnea.  Certain medications are possible contributing factors, such as excessive use of muscle relaxers.

Central Sleep Apnea can occur with people that have heart disease or have had a stroke. It can also be a co-morbidity with neurological disease like ALS.

People that have Sleep Apnea can have  morning headaches and depression. Some people have an increased frequency of urination.

If you have extreme tiredness and sleepiness during the day along with any of the other symptoms I mentioned, you may want to see your doctor.  There are treatments that would reduce your symptoms.

They also could check you for other types of sleep disorders and medical conditions that could be causing the constant fatigue and tiredness.  There are mental illnesses such as depression that can cause some of these symptoms as well as other physical disorders.